No photos available for this vehicle. 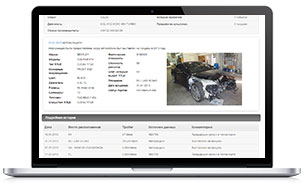 CONSEQUENCE SUMMARY: Failure to illuminate the stop lamps during braking or inability to disengage the cruise control could increase the risk of a crash. Additionally, when the ignition is in the 'ON' position, the transmission shifter may be able to be moved out of Park without first applying the brake. This may lead to unintentional movement of the car which may increase the risk of a crash.